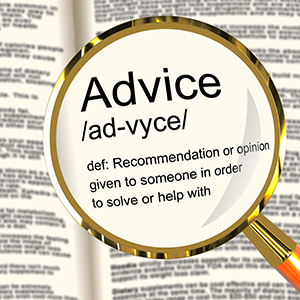 I’ve been a beginner in many things throughout my life. From golf to web design, I know what it’s like striking out on a new path without much outside influence or instruction. But throughout the years, I’ve learned that there are certain themes that apply universally to being a beginner. I’m going to share some of those with you today, but for the beginner pickleball player of course.

Before I begin, I think it’s important to understand what is and is not a beginner. Whether you’re a beginner in pickleball or not depends on your previous experience with sports, especially racket sports. For example, if you’re an accomplished tennis player, then you’ll most likely never go through the beginning stages of pickleball. But if you’ve never hit a ball with a stick before, then these beginner tips will definitely apply to you. Let’s begin!

Just get it over the net

I think one of the best things that a beginner pickleball player can do is to play as much pickleball as possible (without injuring yourself of course). This doesn’t just apply to how many games you play, but to how long a rally lasts within a game. A rally is simply how many shots a point takes to complete. A long rally will be something around 20-25 shots, whereas a short rally could be just a few. The longer the rally, the more experience and practice you’re getting with each time you play pickleball. It’s the most efficient way to get better at the game.

So how do you get a longer rally?

Just get it over the net!

Sounds simple, right? Not quite. We all hit into the net sometimes. But making a conscious effort can help you make those shots get over. Always remind yourself to just hit it over the net and not attempt low-percentage shots. It’s fun to smash the ball, except when it goes into the net. Not only do you lose the point, but you lose some valuable experience as well by ending the rally early.

Play against people who are better than you

Loss, failure and defeat are the greatest teachers. Winning can be enlightening too, but it’s nothing compared to losing. Being able to accept defeat humbly and then rationally analyzing and learning from your mistakes is one of the hallmarks of successful people. Sometimes, people will wallow in their loss by harshly and endlessly criticizing themselves. This is not only destructive, but it will never make you a better player.

If you can accept defeat rationally and learn from your mistakes, then you’re well on your way to being a better pickleball player. After a loss, carefully think about the game and what happened. Jot down some notes or record an audio message on your phone. As you do this, you’ll begin to recognize patterns about yourself that weren’t clear before.

Just the other day, I had just finished a losing game and I was wondering what went wrong. I began to think back on the game and realized that at least 4 of my shots went into the net because of a failed 3rd drop shot. That’s when I realized that I wasn’t hitting the drop shots high enough and made a mental note in my head to change it. If I hadn’t stayed calm after losing, it’s likely that I would have never come to this conclusion.

Another important point to make is that playing against people below your skill level won’t teach you much.

To take an extreme example for clarity, imagine playing chess against a 5 year old. You’ll most likely win in a commanding fashion, but did you learn anything? If you’re trying to get better at playing chess, the last thing you want to do is play against someone who’s half your skill level.

All of this talk about losing and mistakes leads perfectly into my next point. Keeping a cool head while playing and especially after a loss will shape how well you improve at pickleball.

Having a poor temper is just a bad thing in general. It’s not fun for you, and especially not fun for the people around you. Do yourself and everyone around you a favor and can keep those bursts of anger under control. Remember that pickleball is for fun and exercise. Winning and playing well can be fun, but if you’re not slated to being a professional, it’s not going to be the end of the world when you lose.

Try a ton of paddles, then stick with one

There’s something about trying out tons of different pickleball paddles. Imagine you’re a kid walking into a candy store. Go nuts!

If you’re able to, try out as many paddles as you can get your hands on. Try to figure out what they’re made of so that you’ll be able to deduce patterns. Have you been trying out fiberglass paddle faces and don’t like those? That’s great information to have when trying to find one you like.

But once you’ve got that paddle chosen, stick with it. As you begin to improve in pickleball, you want most factors of you game to stay the same so that you can be sure that chronic mistakes are from you and not the paddle. Try not to switch paddles unless you absolutely have to. One example would be if you have arthritis and the paddle is too heavy.

Watch what other people do

Do you like to people watch? Here’s another perfect opportunity for you. Watching other people play pickleball can give you great ideas for your own game. Whenever I’m sitting out waiting for a court to open up, I’m constantly watching other players. It can be very educational.

You don’t have to perfectly copy what someone else does, but extracting the core principal of whatever it is they’re doing is important. For example, if you like the way someone puts side spin on their serves then maybe you can start applying side spin to your serve, or maybe just your return. Watch other people while you’re sitting out, it can sometimes pay dividends.

Get someone to record you

While on this subject, you could also get someone to watch you. As I’ve said before, I used to play a lot of golf. And by a lot I mean 20 years. I took it pretty seriously at one point trying out for my college team. But in order to get good at golf, it’s essential to be able to see your golf swing in action. This is why almost every golf lesson I had, I would go into the video room in order to myself swing.

Watching yourself play pickleball can be a fascinating experience. Just whip out your smart phone, and ask a friend to record you play. The video can give you insight on things that you may not have ever noticed before. Things that were hidden from your sight can now be shown right to you with just your smart phone.

Winning a point can sometimes require pulling out your bag of trick shots. Having these handy devices at your disposal can be great for closing out a game or getting some momentum. Sometimes I’ll pull out a wicked backspin return in order to trick up my opponents. These types of shots typically come out of nowhere, and are certain to fool your opponent. But you have to get good at them. Practice them with a friend until you get more comfortable.

I’ll be writing articles about how to do these shots in the future, but you can look them up for now. Getting backspin on a shot is probably the most common one. Depending on how you hit it, the ball should land softly, then bounce slightly backward, or even to the side. You can also do this close to the net if you have the finesse for it.

Don’t be afraid to experiment. Try things out, but don’t use these shots too often. If you do, you’ll become predictable and the opponents will counter you.

Have a look at the rule book

Having a good look at the official rulebook can be a good idea if you’re just starting out. Don’t worry, it’s not like flipping through the U.S. tax code. You can download a .pdf or get a physical copy that will fit in your bag. The rules are very easy to understand and are very clearly written. You can find the rules at www.usapa.org.

There’s a few rules in particular that you should look out for. One of them is the double bounce rule, which I’ve covered in a previous article. I would also check out rules related to the kitchen (non-volley zone) and rules about serving.

Think about your game in the shower

OK I know, sounds weird. Bear with me on this one.

Believe it or not, there are websites and forums dedicated to discussing people’s shower thoughts. I don’t know what it is, but showering seems to be a time where the best ideas can flourish. I can’t count how many times I’ve been washing the shampoo out of my hair when all the sudden I freeze. The proverbial light bulb appears over my head and I rush to get out of the shower to write down whatever I thought about.

Showering can be great for idea generation, but it can also be a great place to review your pickleball game.

It doesn’t have to be the shower though. It can be anywhere where you mind is allowed to process things. Maybe you’re waiting for the doctor to come in, or you’re in an elevator. Whatever it is, come up with some ideas about how to improve your game and what to work on. You’ll be surprised how much it helps.

Found these tips helpful? It would be awesome if you shared them with someone that you know! And as always, let me know what you think in the comments!