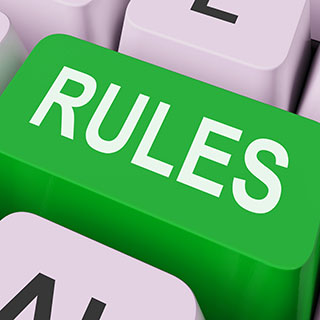 The Pickleball Double Bounce Rule is one of the most notorious rules in pickleball. Along with the kitchen rules, this is one that can mess up beginners the most often. But like most rules in sports, they exist for particular reasons that can be interesting to analyze. I’ll explain to you why this rule exists and give you some beginner tips on remembering it easily. Don’t worry, it’s not that hard!

The objective of the Double Bounce Rule is to allow a smooth transition into the dinking and rally stage of the game. I’ll explain more about this below. Keep in mind that this rule does not mean that you can let the ball bounce twice on your side of the court. As you know, if you let the ball bounce twice on your side, you immediately lose the point. This rule simply means that the ball must bounce once on each side for the serve and the return shots. The bounce must occur on both sides of the court, hence naming it the Double Bounce Rule.

From the IFP (International Federation of Pickleball) official tournament rules: “4.H. Double Bounce Rule. The serve and the service return must be allowed to bounce before striking the ball. That is, each side must play a groundstroke on the first shot following the serve. After the initial groundstrokes have been made, play may include volleys.”

For clarification, a “volley” is a shot made while the ball has not yet bounced. In other words, it’s hit in mid-air before it has time to hit the ground.

The Serve and Return

It may sound slightly confusing at first, but as you begin to play more, the rule will start to feel natural, and you’ll forget that it’s even a rule.

Tips for remembering the rule

The Double Bounce Rule is oftentimes forgotten by beginners, because it doesn’t seem like a natural way to play. When I was a beginner, I would often forget this rule by doing a mega slam on the return serve resulting in a uproar of laughter, then a slouch by me. The rule exists for a very good reason which I’ll explain below, but there are a few things that you can do to make it easy to remember.

The best way to remember the rule is to stand far back in the court when returning a serve. Try to consciously take a few steps backward to remind yourself that you have to let the ball bounce. Use the baseline as a visual guide as to where you should stand. For the serving side, the same tip applies. Allow yourself to take a step backward to give yourself room for the third shot. This also works very well if the ball drops near the baseline as you will have given yourself room to let it bounce instead of reacting too quickly and hitting a volley.

Another mistake that you see all the time is where someone on the serving side of the court will move up to quickly after the serve is made. If you’re an experienced player, you’re probably nodding your head as you read this. We’ve all seen, and done it. I know I have! It’s common for beginners to start moving towards the net once a serve is made, but this is a mistake. If the return is deep and heading towards you, it will probably land near your feet and will be difficult to hit after it bounces. So remember, stay back!

Try to keep these tips in mind and soon you’ll be playing through the service section of the game with ease.

Why does the rule exist?

You may be wondering why this rule even exists in the first place. It may seem strange or silly, but the rule exists for a foundational reason.

Sports are extremely difficult to design. Although the objective of sports games are simple (hitting a small, white ball into a hole in the ground), they are also extremely easy to manipulate without rules. We have rulebooks for sports not to make them more difficult, but to make them less likely to be manipulated and broken. Imagine Basketball if you could just tuck the ball in your arm and run down the court without dribbling. Or even imagine baseball if you could just hit a home run without having to run around the bases. Rules make us not throw our hands in the air and say “Oh, come on, that was cheap!”

Pickleball is no different. The Double Bounce Rule exists to make the game actually playable. Without this rule, the game would be too frustrating to play.

It gets worse though. What if the ball was served too high? Then the return server could overhead smash it into the server’s side of the court which would be impossible to return. The Double Bounce Rule keeps this from happening.

But what about the double bounce part? As I said at the beginning of the article, the point of the rule is to allow the game to transition into a rally at the net. The reason why both sides are required to let the ball bounce is to allow the players to approach the net without having to sprint in desperation. This allows the game to progress in a smooth and predictable way. Without the rule, Pickleball would not be fun. When you watch Pickleball tournaments, the most exciting parts of the game is when there has been a long rally at the net that ends in a burst of cheers and laughter. Thank you, Double Bounce rule!

With a bit of practice, the Double Bounce Rule will become a natural part of your game. At some point in the future, you will probably forget that it’s even a rule! It just takes a bit of practice for your body and mind to get used to it. Good luck on the court!

Got some ideas that you’d like to add? Let me know in the comments!