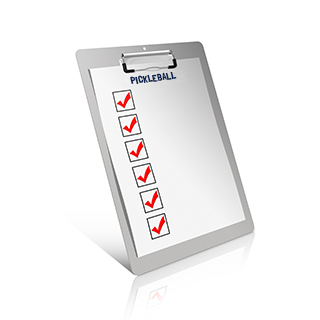 If you’re thinking about playing pickleball, you’ve probably asked yourself this question a few times, “Why should I play?” It was a question that I asked myself for months until I picked up a paddle for the first time.

My mother has been playing pickleball for around a year now; and even though I’ve enjoyed ping pong in the past, I had made a decision not to play because it sounded like a complicated form of tennis.

Looking back now, I love it that I was so dead wrong. Below is a list of 8 reasons why you should considering picking up pickleball.

The game is just flat out fun. Similar to tennis, hitting a ball in the sweetspot is a great feeling. But also, there’s so many different things that you can try on the court. Different team strategies, techniques and even complicated spin shots. It’s fun trying to put spin on the ball, or lobbing a few to the back court making your opponents work for a rally.

Let’s not forget the laughter. Pickleball doesn’t make you want to bang your head against an anvil like golf does. Mistakes, especially crazy ones, are often met with laughter and light-hearted banter.

Although it’s not as cardio-intensive as tennis, pickleball can still get your blood pumping. Playing the sport for a few hours will get every inch of your body in motion giving you some great exercise and making you feel great in the process. We all know about the plethora of benefits that exercise provides, and pickleball is a great way to get it.

It certainly doesn’t replace strength training or anything like that, but it will definitely give you some basic fitness needs, especially if you’re not physically active at the moment. If you’ve never engaged in any exercise before, pickleball can be a great way to get into it while having loads of fun at the same time.

Furthermore, you can bump up the cardio aspect of it by playing a singles match. Assuming you can handle the intensity of this, playing one on one will have your heart racing to the moon.

It Satisfies Your Competitive Needs

Pickleball isn’t known for being ultra competitive, but it does provide you those needs if you wish to achieve them. This is especially pertinent for seniors. Do you wish to have that competitive flare again from your youth? Pickleball can be a great way to achieve that without losing your cool.

One of the strengths of this sport, is that most pickleball players know how to keep things competitive, but reasonable. Hotheadedness is not something you see very often.

But for those who wish to take it to the next level, there are plenty of young and serious competitors out there waiting to enter the arena. You just have to find them.

Did I mention it’s fun? I’m a 30 year old man, so you know what that means, smashing it! There’s nothing better than jumping up in the air and smashing the ball to the opponent’s side. Or doing a backspin shot that lands in the kitchen, then bounces sideways near the net.

Don’t worry though, I get the same treatment from players twice my age, and it’s just as fun for them.

The reason why I say that it’s “comfortably social” is because after a game or even a good rally, you’re not so exhausted that you’re laying on your back panting like a dog. It’s easy to strike up a brief conversation while walking to the net or during a break after a game.

There’s also something to be said for the size of the court. A pickleball court is just about half the size of a tennis court which means that the teams feel closer together making banter, compliments and jokes easier to deliver and to hear. This makes the sport light-hearted and social. It just feels personal.

It’s Growing and Filled With Opportunity

As I’ve said 5.3 billion times already, pickleball is growing, growing and growing some more. There is tremendous opportunity out there to make a mark on the pickleball world if you want to get involved. Getting in early on a growing phenomenon like this can be a wonderful experience for you and can lead to great things in the future. Whether it’s getting involved in a local group or even starting your own meetup group, there’s a place for you out there.

Personally, I’ve decided to start this website in order to help newer players find their way in the pickleball world.

Of course, you don’t have to participate in any way, but if you’re an enterprising type, this can be a great thing for you.

It’s great for everyone at all levels

This is one of my personal favorites. Pickleball is a phenomenally well designed game. Every aspect of the sport can be enjoyed on a basic level and by anyone. The requirements are easy to fill, but can be taken to the extreme if desired.

For example, pickleball requires you to be physically able but you don’t have to be a ripped athlete.

Pickleball requires you to move quickly, but you don’t have to sprint.

Pickleball is competitive, but tends to not attract hotheads.

Pickleball is social, but can still be taken seriously.

The design of the sport maintains a beautiful balance. You don’t have to be the healthiest and most athletic version of yourself in order to enjoy the game. Barring some serious physical issue, you can play just the way you are now. No matter what age bracket you belong in, you can play pickleball just fine.

It won’t break your wallet

Not only will pickleball not break your hip, but it won’t break your wallet either. When I was 20, I worked at Golf Galaxy for a summer before I went back to school. I can’t tell you how many times I sold someone a $1000 set of golf clubs. Oh, and add on a $350 driver and tons of other expensive stuff like golf apparel, bags, putters, wedges and balls.

And keep in mind, that was 10 years ago!

Golf is expensive, but pickleball? Not so much.

Most people get started in pickleball for absolutely nothing considering that they can use someone else’s paddle. But if you don’t have one available, they’re easy to purchase and don’t break the bank.

One of the most popular pickleball manufacturers, Onix, sells their Graphic Stryker for a reasonable price. Or you can upgrade to the popular Onix Z5 if you become more advanced. Furthermore, most recreational centers already have the balls and nets that you need to play. All you need is your trusty paddle. The only other requirement may be to have indoor court shoes for hardwood floors, but if not, your regular tennis shoes will work fine for now. Also, recreational center fees are typically inexpensive and can easily be handled.

But since it’s a cheap upstart, that doesn’t mean that you can’t spend some money. There’s plenty of other things you can buy to enhance your experience including better paddles, bags, shoes and even apparel. I bought my mom a “best pickleball grandma” shirt for example. Cute.
If you’re considering picking up the sport, just go for it! Find someone you know that plays. I guarantee you that they will be more than happy to show you the ropes. But don’t worry, the ropes are cheap and easy! If you’re having trouble finding some games, head over to my article about finding pickleball games and go out and have some fun!