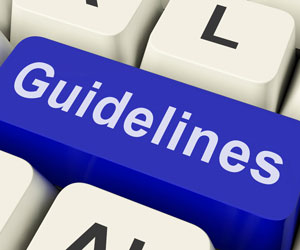 Over the past few months, I’ve written tons of articles on pickleball equipment, tips and guides on how to get started in this wonderful sport. As pickleball grows and becomes more popular, more and more people are going to be curious about the sport and want to join in. I’ve produced plenty of content on how to get started, but not anything about pickleball etiquette, or how you should act as a player on the court.

If you’re new to the game, you may be a bit lost on the court both in terms of how to play and how to act. I know from experience that it can be embarrassing to do something that is considered rude or disrespectful. This is especially the case if you didn’t know beforehand! Imagine sneezing while someone is putting in golf or something similar. For advanced players, you may find a gem or two, or at least a reminder about some important etiquette tips.

Also, I promise these aren’t personal pet peeves of mine. These are objective etiquette principles that are shared throughout most of the sporting world.

Enough chatting, let’s do this!

I’m starting with the most serious infraction first and for good reason. Believe me, this has to do with proper etiquette, but it’s more about safety than being courteous.

We all know that you have to do whatever it takes to win in a tournament setting. If that means lobbing behind immobile players or people who can hardly run for the ball, then so be it. But in recreational play, this is considered to be extremely disrespectful, cheap and annoying.

Most movement restricted players aren’t going to bother even looking at a lobbed ball. But they may scowl at you instead as the ball is sailing over their head. You’ve won a free point, but at what cost? It’s no fun for the restricted player in question, and not for anyone else as well.

But it’s just not the etiquette part of this that is bad. It’s that some of these players may try to run for the ball, which can be a serious safety risk. Some older or restricted players still have that competitive flair. So while a lot of them know that they shouldn’t attempt to run backwards, some do. Although it is their choice on whether or not they run for the ball, there’s no need to tempt them with a lob.

I’ve witnessed a few seniors falling at the locations I play at. It’s scary. It’s something that I never want to see again. Please reconsider lobbing behind movement-restricted players. It’s not only disrespectful, but can get someone hurt in the process.

Call out the score loudly before you serve

Ok, I promise the others in this list won’t be as serious as the previous one!

I’m sure you’ve experienced that feeling of “being in the groove”, or in flow. This happens with pickleball as well. Oftentimes we can get so possessed by a winning streak that we forget to call out the serve. For some though, this is very annoying and people can easily lose track of the score.

There are 3 different numbers to keep track of and everyone from beginners to advanced players can get confused. In fact, whenever I teach beginners, it’s the score that trips them up the most. This is why having a constant update at the beginning of each serve is so helpful. So do everyone a favor and call out the score loudly so that things don’t get off track.

Meet at the net after a game

If you’re an advanced player you obviously know about this. But for beginners, this is how you typically conclude every game. And by every game, I mean every single game. It’s considered to be extremely rude if you don’t meet at the net. Believe me, no one is going to want to play with you again if you storm off after a game.

When people meet at the net they typically stick their paddles out to sort of “high five” in our own pickleball way. You don’t have to smack the paddle, but just making contact is fine. Some people will also stick the handle of their paddle out instead of the face. This is because some players don’t want to risk damaging the paddle face or the edge guard. Most people just use the paddle face, but do whatever is comfortable for you.

Wait until everyone is ready before you serve

This point is actually mentioned in the official tournament rulebook, but I’m going to be talking about this in terms of recreational play. In tournament play, if the return server is not giving a “not ready” signal, then the server can start as long as the score has been called by the official.

As you know, this isn’t how it works in recreational play. But sometimes you will see people serve when someone on the court clearly isn’t ready. It’s common for random balls to roll onto the court, or for someone to hop over to a ball and kick it out of the court. If you see someone doing this, don’t serve! It’s not against the rules to serve at this point, but it’s considered good etiquette to wait.

Throughout your pickleball journey you will witness shots that correlate with the alignment of the planets. I’ve seen people do some crazy stuff. You name it: hitting the ball between the legs, around the post shots, or even serves that hit the top corner of the receivers Court. Sometimes you will see amazing shots and they almost always deserve congratulations.

Be sure you speak up and congratulate whoever made the shot, even if it’s your opponent and even if it means that you lost. Don’t be that guy that stays silent when an unbelievable shot is made.

Pickleball is a crazy, fast-paced sport that you can easily lose track of.

Especially the pickleballs themselves

This one doesn’t have as much to do with etiquette as the others but I still think it’s important. Let me give you a bullet list of things to keep in mind when it comes to ball management.

Don’t give people lessons on the court

Unless they want them that is.

One of the great things about pickleball is that everyone wants everyone else to get better.

But there’s a line that you don’t want to cross with this. Most people who come to play recreational pickleball are just there for fun. They don’t care if they win or lose and they probably don’t even care if they improve or not. Trying to give them lessons on the court can make their experience and annoying and frustrating.

I always appreciate people who want to see people improve and who want to see the game spread. But make sure you ask players if they want tips while they play. It makes a huge difference and it makes them more likely to actually listen to you.

I’ve talked about this subject before, but it bears repeating.

Very few people in the pickleball world like playing with a hothead. There’s nothing worse than being partnered with someone who curses loudly or constantly smacks their paddle on their leg. There’s nothing wrong with being competitive and passionate about pickleball. In fact, it’s encouraged. But there’s a line that shouldn’t be crossed.

A lot of what goes into sports etiquette has to do with how your behavior affects people around you. One of the worst ways to affect everyone around you is to let your anger get out of control. It makes people feel uncomfortable and it can make your partner feel like it’s their fault. It’s just not good in general!

If you’re this kind of person, I totally understand. I used to be like this when I was younger. Every single green missed and bunker hit would be like the end of the world. Try to recognize that you’re not playing for the championship game. Your behavior has an effect on the people around you and you are responsible for that!

Be aware of time used on the court

This rule is especially pertinent if you’re playing at a location that is extremely busy. I’ve been at locations where there’s somewhere between 5-6 games waiting in line. If you’re on the court and you see an enormous wait line, don’t dawdle!

There’s nothing wrong with having a blast on the court while there’s a long wait line. Oftentimes long points will end in laughter and a few moments of banter.

This is perfectly fine.

But it’s a much different issue if you’re trying to teach someone how to serve or something similar. There’s nothing wrong with helping beginners out on the court, but when people are waiting it’s better to save that until after the game is over.

When it’s a busy night on the pickleball court certain venues will only play to 9 instead of 11. It’s important to respect these rules. Respecting these rules also respects other people’s time. You would never want to be held up on the court either, so be aware of your pace of play while on the court.

I hope that this article has been useful for you!