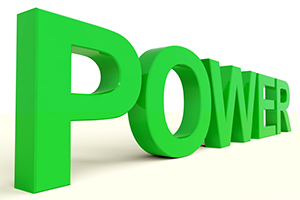 We’ve all heard a pickleball zipping past our heads before. You can almost hear each individual hole sing through the air. But unfortunately, being able to hear the ball zip past you means that you weren’t able to hit it back. Returning a power shot or overhead smash back to the opposing team is extremely difficult. Look, there’s some luck involved in this. But there are some things you can do to block power shots in pickleball. I’m going to give you 5 things to work on in order to do so.

This may seem like a strange thing to hear. How could you possibly anticipate a ball that seems to be going the speed of light right at your face? A lot of it has to do with knowing your opponent and knowing when power shots are best used in pickleball.

Let me give you a quick story. Last weekend I was playing against a very good pickleball player named John. I love playing against him because he challenges me and pushes my skills to the limit. But there’s one shot that he has in particular that challenges me more than any other. It’s a bit difficult to explain, but it’s this little drive shot that he uses at the kitchen. He will step up to the ball, and without making much motion with his paddle or body, he will drive the wall right towards you. It’s subtle, but powerful. It’s wicked.

At first, the ball would sail past me or hit my body. In other words, he got me!

But as he did this more, I began to learn the ways of the “stealth drive” as I call it. As I learned more about his play, I began to anticipate the shot. And with that anticipation, I could move on to the next step, which is to be in a ready position.

Before we move on though, I understand what most of you are probably asking. What if I’ve never played against this person before? How will I be able to anticipate it? The truth is that you can’t. However, if you’re in a competitive setting, then watching your opponents play their games during a break is how you would do this. Take notes. Write down what kinds of shots they use so that you’ll be able to anticipate them in your own play.

Get in the ready position

Now that you’re anticipating a screaming pickleball barreling towards your eyeballs, you can now get ready to block the shot. But what does it mean to be in a ready position? There are two things you need to accomplish in order to be ready for a power shot.

The ready position in pickleball is typically described as being in a “split step” stance. A split step stance is simply where your feet are wider than shoulder width apart, your knees are bent and you’re on the balls of your feet. This position makes more efficient for your body to move in any direction in order to return a ball. It not only makes you physically prepared for the ball, but mentally prepared as well. You feel ready.

Once you’re in the ready position, the most important part is next. The technique.

Don’t swing at it

This is extremely important and is a common mistake that people make all the time. I used to do it too until I trained my body not to do this. Swinging at a power shot coming your way is a perfectly normal and natural reaction, but it’s not going to do you much good. The reason is because you won’t be able to swing the paddle fast enough to intercept the ball.

Imagine for a minute that you’re a batter playing baseball or softball. You’re up to bat and you’re waiting for the pitcher to pitch the ball to you. Once the ball is pitched, you have plenty of time to react considering how far away the pitcher is. But what if the pitcher was only 10 feet in front of you? Would you have time to react? Definitely not.

This is what blocking a shot in pickleball is like.

Focus on positioning the paddle

Once you’ve trained your body to not swing at the ball and to be in the ready position, you can move on to proper blocking technique. Sometimes when you block a fast ball, it will just plop right down into the net. It happens. I’ve done it plenty of times. The key is to focus on getting your paddle angled up slightly.

This will not only help you get the ball over the net, but it will also apply a little bit of backspin which makes the landing a bit softer for your opponent. And as you know, the softer the landing, the less likely they are to drive or smash the ball.

There are also some advanced techniques that you can employ such as angling the paddle far to the left or right. The ball will bounce off your paddle and go off to one side, making it difficult for them to return it. This is difficult to do, but with some practice, it can be a part of your arsenal.

Putting it all together

I hope that these tips have helped you learn a bit about how to block power shots. As usual, the more practice you get with this, the better off you’ll be. But it’s important to practice the right way. Try to assimilate the tips that I’ve given you above, and you’ll be well on your way to becoming a better pickleball player.