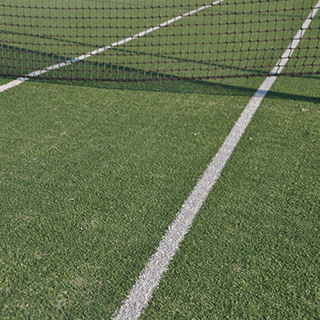 One question that gets asked a lot in the pickleball world is whether you should play indoors or outdoors. The great thing about pickleball is that it’s non-seasonal. You can play any time of year regardless of outside temperature. In general, whether you decide to play pickleball indoors or outdoors is up to your personal preference, or the preference of the group. However, there are some benefits and drawbacks of both that I will help explain.

For most players, playing indoors is the preferred method to play pickleball. The reason is because playing indoors offers a consistent environment that is not affected by the random whims of nature. The benefits are pretty clear especially if you’re a serious player. Having a controlled environment means that both practice and play are going to be more precise. You’ll be able to understand your game better considering that you won’t be wondering if the wind is what made your groundstroke go out or if the court temperature is affecting the bounce.

When you’re indoors, everything is normalized.

That doesn’t mean that playing indoors doesn’t have it’s drawbacks. Although they aren’t game-breaking, they are worth mentioning.

One drawback is the noise indoor pickleball makes. This is especially prevalent for multiple indoor courts with multiple people playing on them. We all know how wonderful pickleball paddles sound, but when you have an entire facility filled with players, the constant symphony of pickleball echo can get distracting. This may not be a drawback to some, but if audio queues in your pickleball game is important, then you may have a tough time hearing your own court.

Another potential drawback has to do with the court itself. If you’re not playing on an indoor tennis court, then you’re probably playing on basketball court or something similar. As far as I’m concerned, there are more lines on a basketball court than there are in a DMV office. Although different colored tape will be placed over the lines, it can still be very difficult to see, and you can easily get confused.

Playing pickleball outside has some unique advantages that are more health focused. The greatest benefit of playing outside is sunlight exposure. Scientific studies done over recent years have continually shown the benefits of sunlight. Not only does it produce Vitamin D, an essential component to your immune system, but recent studies have shown that it can actually produce serotonin. The sun makes you feel good! Obviously, the last thing you want to do is bake in the sun until you turn into a delicious lobster, but playing pickleball outside is a great way to get your daily dose of sunny delight.

The drawbacks of playing outside include unbearable temperatures and gusty wind. These are significant downsides, but it depends on what part of the world you live in. Players in Florida and Arizona may have a much easier time playing outside than players who live in tumultuous climates. I live in Dallas, so playing outside in the summer is like playing in a sauna in the middle of an asphalt parking lot. Quite unpleasant.

There’s a pickleball for that

You may want to consider switching the type of pickleballs that you use when playing indoors or outdoors. Indoor pickleballs have larger holes, weigh slightly less and are more difficult to smash. Outdoor balls have smaller holes which make them more wind resistant and heavier. However, since they have more plastic, they break easily and they hurt more if you get pegged by one.

Some people like to use indoor balls for outside and vice versa. Again, just see what your group would like to do and don’t be afraid to experiment!

To get the best of both worlds, try to switch up where you play. Is it a perfect day outside? Convince your group to play outside! Does the weather look like something out of an apocalyptic movie? Head inside for some cozy pickleball. As I said above, whether you play indoors or outdoors is up to your preference. Personally, I will be taking advantage of the rare beautiful spring days that we have here in Dallas before the inferno arrives in June.

What is your local climate like for pickleball? Do you prefer indoors or outdoors? Let me know in the comments below!